skip to main | skip to sidebar

for some reason i became really excited for the summer today while at work.
which reminded me of this awesome swimsuit. so the second (right now) i got home, i ordered it.

woo hoo!
swimsuit season starts in the end of april down here probably so REALLY i'm not that far in advance.
just the motivation i needed.

in other good news, i found out today that the job opening is OPEN FOR ALL.
it's in customer service which is something i vowed NOT to do, but....the good (MUCH increased income, pays for school, benefits ahem) outweighs the bad in this situation and i would only have to stay in that department for six months before i could move on to something i would much rather do.

so...! this week i will be sprucing up my resume and getting my head in the game for feeeelin' gooood. travis got rambo some new BLING for his collar.
it's a tie dyed bone that has his name engraved on it in case he ever runs off.
yesterday we had friends over and grilled out.
boy, does rambo love visitors! they sure do love him too.
he was tearing through the yard showing off and acting like a spazz.

travis and rambo both snoring after a loooong day of playing.
aren't they precious?

i just ordered these items for "my" bathroom:

you & your big mouth

hahah sassy.
i love the beat and her voice.

today we took rambo to his first vet visit.
everyone said how cute and well behaved he was for being so young.
when the nurse picked him up to weigh him she was amazed at how heavy he was because he's so small. turns out he weighs 36lbs! no wonder i had a hard time picking him up after giving him his bath. yeeesh! he's definitely going to be a big boy.

also today at work i had to man the phone lines. when asked how it went by my co-worker, i told her i probably wouldn't be picking the phone up anytime soon. YEP, that's how well it went.
p.s. 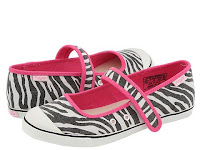 meet rambo. travis picked the name change and it's kind of fitting..plus it's fun to say.

we might get a puppy!
if we're approved by the humane society.

i did my duty today! yay.
that's probably the best voting sticker i've ever gotten.


work is tiring.
i'm typing my fingers off and older work is being found every day.
it seems like i'm getting nowhere and have no idea of when i can finally catch up.

i'm still waiting for my surprise!

tomorrow it is supposed to be in the 80s.
this is insane weather for even savannah during february.
i'm not complaining though, i've needed this sunshine.

Lucy was 7 and wore a head of blue barettes
City born, into this world with no knowledge and no regrets
Had a piece of yellow chalk with which she'd draw upon the street
The many faces of the various locals that she would meet

And she drew
Men, women, kids, sunsets, clouds
And she drew
Skyscrapers, fruit stands, cities, towns
Always said hello to passers-by
They'd ask her why she passed her time
Attachin lines to concrete
But she would only smile
Now all the other children living in or near her building
Ran around like tyrants, soaking up the open fire hydrants
They would say
'Hey little Lucy, wanna come jump double dutch?'
Lucy would pause, look, grin and say
'I'm busy, thank you much'
Well, well, one year passed
And believe it or not
She covered every last inch of the entire sidewalk,
And she stopped
'Lucy, after all this, you're just giving in today?'
She said:
'I'm not giving in, I'm finished,' and walked away

Lucy was 87, upon her death bed
At the senior home, where she had previously checked in
Traded in the locks and clips for a head rest
Traded in the charcoal sticks for arthritis, it had to happen
And she drew no more, just sat and watched the dawn
Had a television in the room that she'd never turned on
Lucy pinned up a life worth's of pictures on the wall
And sat and smiled, looked each one over, just to laugh at it all
No Rico, he had passed, 'bout 5 years back
So the visiting hours pulled in a big flock o' nothin
She'd never spoken once throughout the spanning of her life

Until the day she leaned forward, grinned and pulled the nurse aside
And she said:
'Look, I've never had a dream in my life
Because a dream is what you wanna do, but still haven't pursued
I knew what I wanted and did it till it was done
So i've been the dream that I wanted to be since day one!'

Well!
The nurse jumped back,
She'd never heard Lucy even talk,
'Specially words like that
She walked over to the door, and pulled it closed behind
Then Lucy blew a kiss to each one of her pictures
And she died.

oh you know, i'd much rather be procrastinating on a saturday afternoon than cleaning. i think i've read all of the celebrity gossip i possibly could. now i'm looking through old pictures of mine and came across my collage book..which i still think is awesome.
i need to find some old national geographics at a thrift store and make some more. it's so much fun putting text to pictures.
i'm also listening to my "katie" themed playlist. reason for the lyrics above.

HAMSTERHEAD.
from a while ago.

i picked up some pencils and whipped out the sketchbook, but nothing really came to me. well i should say, i didn't like a thing i sketched out. practice makes perfect. it's been a long while since i even touched my sketchbook so i guess it's a start.

still one of my favorite pictures of me ever. it was taken by deirdre back in the day.
i bought a frame for it the other day and now it's POOF! gone. missing.
figures.

i've felt lost, confused, and unbelievably sad this past month. just when i thought i couldn't get out of it, something clicked inside of me.
it happened over night.
how come life just seems to work out that way?
you try so hard, get discouraged, and then all of a sudden a great calm comes over you when you least expect it and everything doesn't feel so out of place, you realize that there is nowhere else to go but up and that is where you are FINALLY headed.